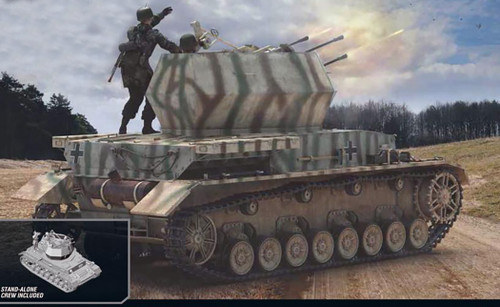 The combination of armor and rapid fire from the four guns of the Wirbelwind made it very effective against lightly armoured ground targets such as trucks and armored cars; infantry were particularly vulnerable.

Between 87 and 105 Wirbelwinds were converted from repaired Panzer IV chassis, but due to discrepancies between the recorded production numbers at Ostbau Werke and Wehrmacht service records, the exact number may never be known.