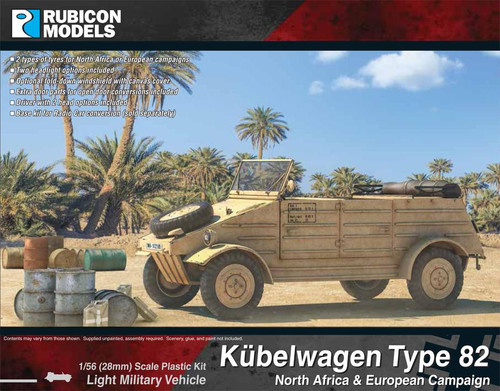 The Volkswagen Kübelwagen was a light military vehicle designed by Ferdinand Porsche and built by Volkswagen during World War II for use by the German military (both Wehrmacht and Waffen-SS). Based heavily on the Volkswagen Beetle, it was prototyped as the Type 62, but eventually became known internally as the Type 82.

Kübelwagen is an abbreviation of Kübelsitzwagen, meaning “bucket-seat car” because all German light military vehicles that had no doors were fitted with bucket seats to prevent passengers from falling out.