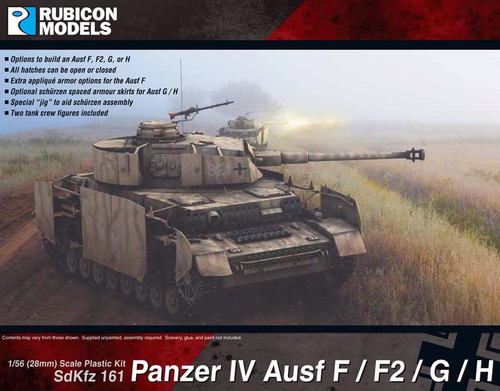 In April 1941, production of the Panzer IV Ausf F started. It featured 50mm single-plate armor on the turret and hull, as opposed to the appliqué armor added to the Ausf E with a further increase in side armor to 30mm. With the extra weight, track width was increased from 380 to 400mm to reduce ground pressure.

The next version, the Ausf H, began production in Jun 1943. This was up-armoured and had a reinforced final drive. Higher gear ratios were also introduced.