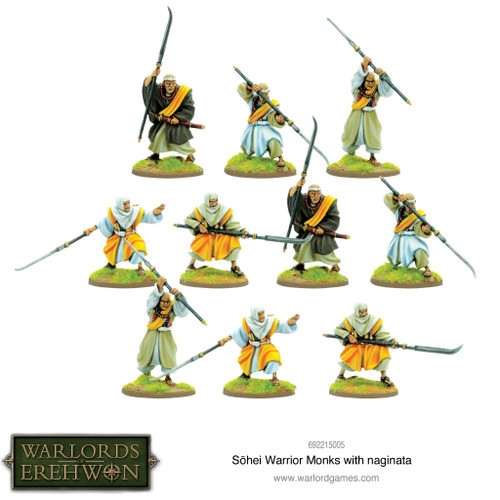 These holy warriors are known as Sohei (monk soldiers), representing the militant arm of Buddhism on the islands of Japan between the 10th and 17th centuries. Like the crusading orders of European knights, these brotherhoods of battle-hardened warriors fought as cohesive units on the battlefield.

Dressed in traditional monk robes, brandishing razor-sharp naginata, the Sohei were often used as shock troops, augmenting the serried ranks of Samurai and Ashigaru that formed the bulk of a Daimyo's army. While they are most known for their iconic naginata, the Sohei are pictured with swords, daggers, bows, and clubs - opening up plenty of conversion and modeling opportunities.