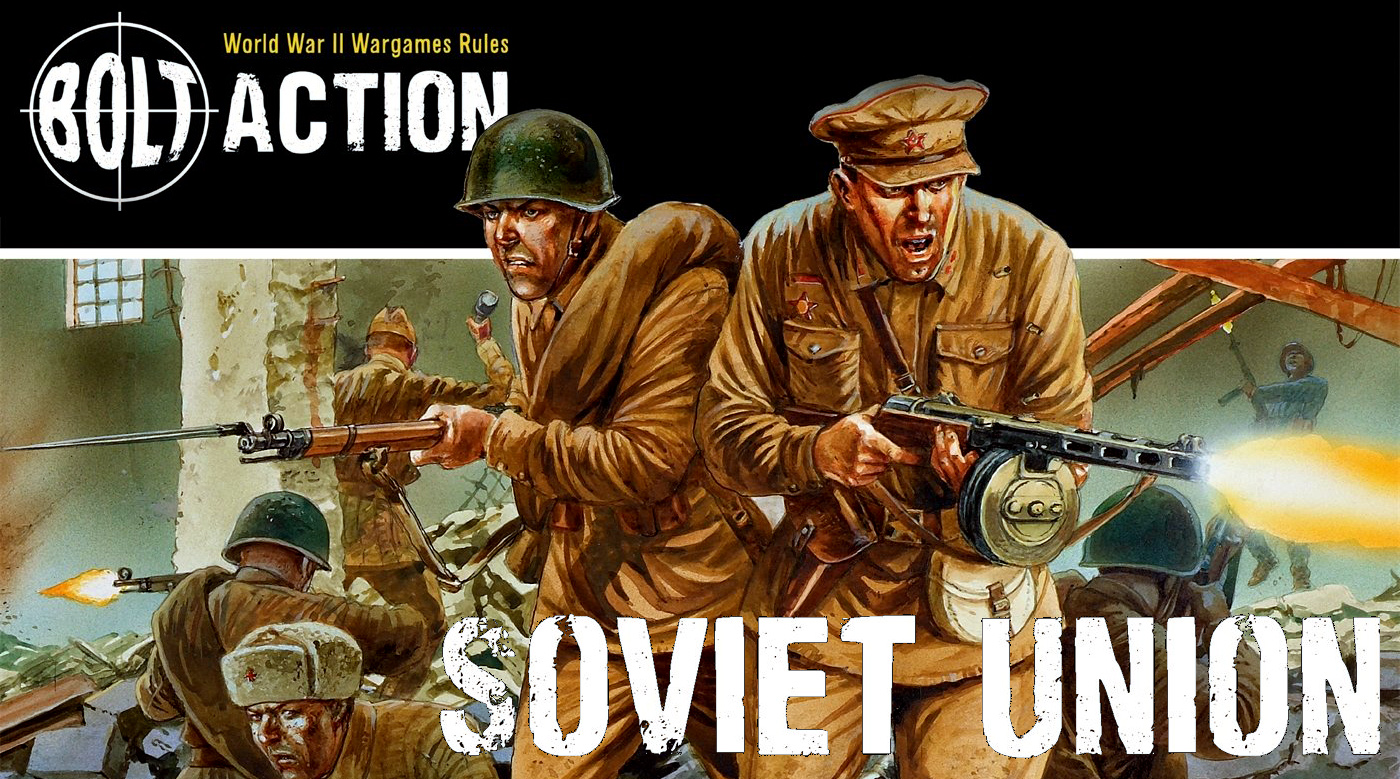 In 1939, the Soviets signed a non-aggression pact with Germany - and the two nations proceeded to bring much of Eastern Europe under their control. However, when German forces invaded Russia in June 1941, the pact was shattered and the Soviets declared war against Germany - changing the landscape of the Second World War dramatically.

With the weight of the tireless Soviet industry behind them, the Soviet forces used wave after wave of infantry and armour to exhaust the enemy. T34 tanks were produced in vast numbers, outnumbering the German Panzers upon the battlefields of Kursk - with fire support coming in the form of Maxim Machine Guns, and even the improvised Molotov cocktail which cause fear and panic during the room-to-room urban fighting in the city of Stalingrad.