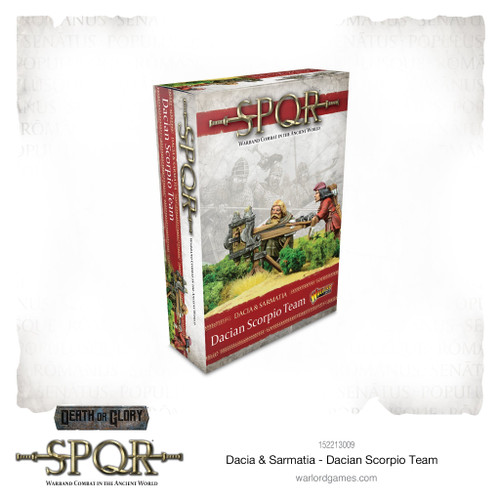 Once close allies of Rome, Dacia was the recipient of money and weapons, including the lethal Scorpio. Suitably reinforced, Dacian strongholds and villages became a lot tougher for Romans to assault when shot at by their own mightiest weapons.

A scorpio has a massive range on the battlefield and has the ‘Lethal 3’ and ‘Smasher’ rules. An enemy would do well to take cover as this mighty war machine is capable of removing multiple models with a single hit!