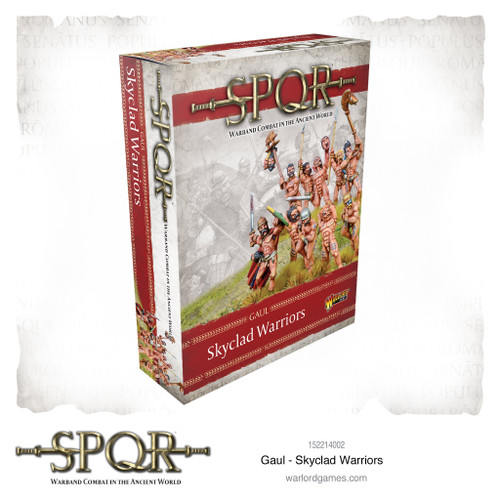 Most ﬁghting men of the tribe will be warriors, men (and not a few women) who had proven themselves in battle and were intent on becoming both rich and respected within the warband. Though each ﬁghts as an individual, a rushing mob of these warriors is a fearsome thing to behold as they charge forward with crazed eyes, hollering war cries, and deadly intent.

Some Warriors choose to go into battle naked, trusting to their faith for protection and taking advantage of the unnerving sight this caused. If a unit of Warriors do not take any armour other than a Large Shield and their miniatures wear no clothing, they gain a +1 bonus to Melee checks.