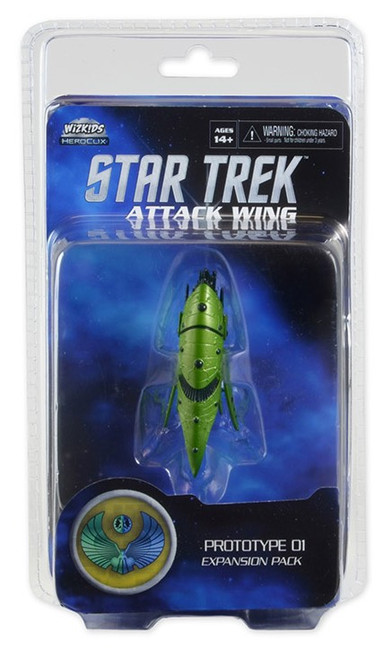 The Prototype 01 is a Romulan drone ship.  These ships are piloted by the Aenar, who were kidnapped and forced to control these unmanned vessels from a tower on Romulus.  The Romulan drone ship is capable of taking on the appearance of any vessel using its multi-spectral emitters to create a holographic projection.  Armed with triphasic emitters, this ship can mimic the weapons fire of the alien vessel as well.