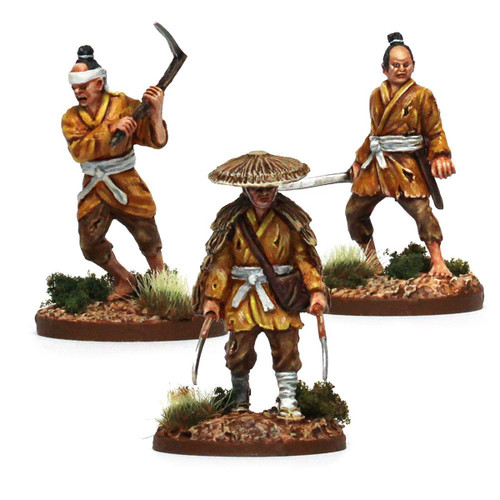 These rebel peasants are armed with a variety of weapons (counting as katanas in a group). The Oppressed Masses trait makes them particularly dangerous against samurai class enemies.

The movement had thousands of dedicated followers – fanatical Sohei warrior monks as well as simple peasant farmers seeking an escape from their lives of toil and oppression.