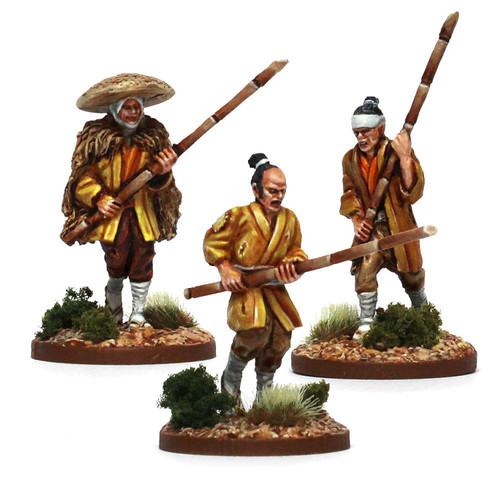 These rebel peasants are armed with bamboo spears. The Mob Rush trait allows them to race forward faster if there are plenty of friends around.