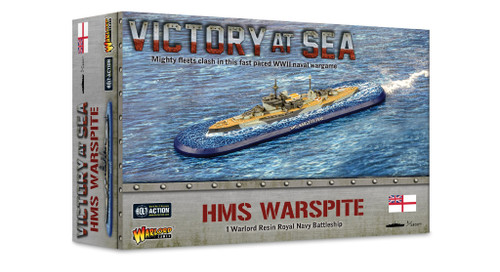 HMS Warspite was a Queen Elizabeth-class battleship of the Royal Navy. Built during the early 1910s, she served in the First World War, including at the Battle of Jutland. Modernized in the 1930s, she went on to serve in the Second World War.

Warspite was part of the Norwegian campaign of 1940 and subsequently was transferred to the Mediterranean, squaring off in fleet actions against the Italian Regia Marina. During the Battle of Crete in mid-1941 she suffered damage from enemy German aircraft and spent 6 months under repair in the US. These repairs were completed shortly after US entry into the war, and she set sail across the Pacific to join the Eastern Fleet in the Indian Ocean in early 1942.