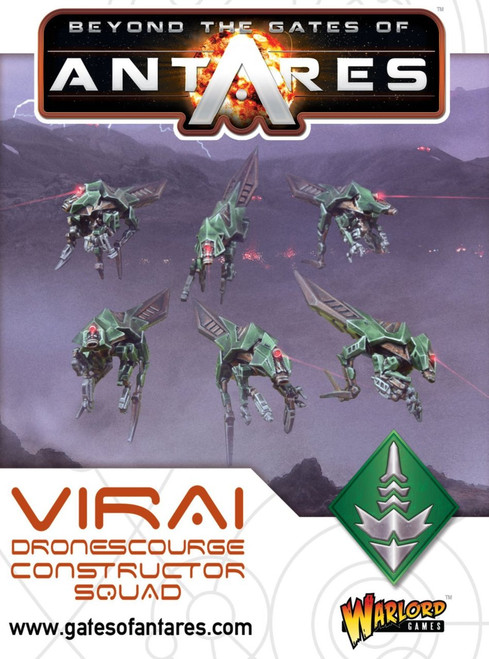 The most numerous drones in a Virai Hive are the Constructor drones. Typically placed under the command of lessor architectors called ÔTertiary SupervisorsÕ, Virai Constructors are the multi-limbed workers, builders, scouts, miners or engineers, dependent on the task they have been created to perform. Their equipment can vary on a daily basis as they become reassigned to different tasks. Each Constructor is protected by a lighter version of the multi-layered, honeycombed, cerametallic shells that all Virai bear. Their manipulator appendages and equipment varies depending on their exact role but include tools such as molecular bonders, power jacks and vices that can be lethal when used in close combat. Each constructor is also equipped with a multi-purpose fusion cutter, a general-purpose slicing tool that can have its focus adjusted for use in combat. Like many Virai fusion weapons, the cutter is much more effective up close before its destructive power becomes too dispersed.