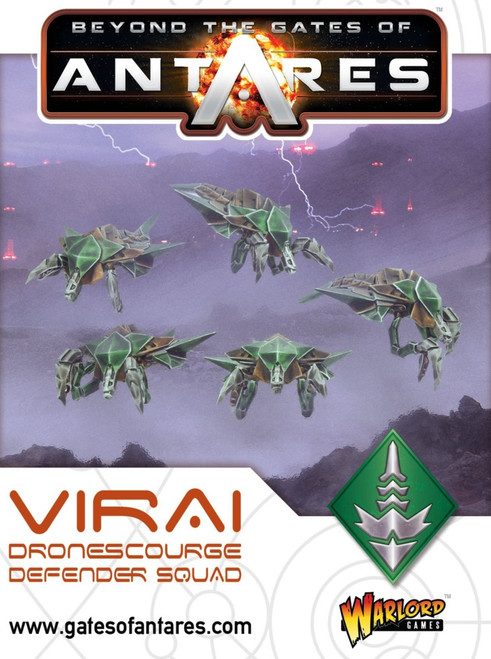 The most dangerous of the three classes of Virai drones, the Defenders come in several forms. Strong, well-armed and heavily armoured with the Virai cerametallic shells, their role is dual purpose, acting as heavy lifters or demolition drones as well as in combat. Despite their strengths, they depend on planning and coordination from their architector leaders, typically Secondary Instances, so they lack initiative. Defender drones are occasionally specialised into Assault drones whose combat heuristics and actuators have been deliberately enhanced. Equipped with heavier armour than the Defenders, the upgraded algorithms on the Assault drones all but guarantee they will charge into combat to rip invaders apart.