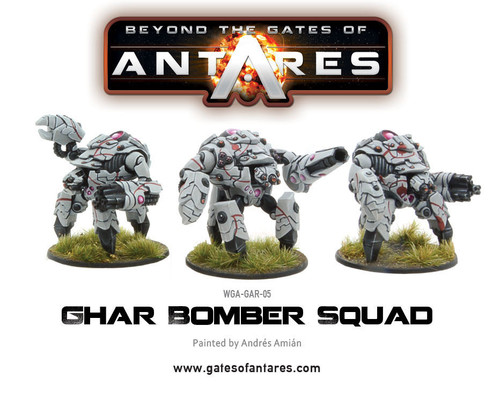 The Ghar live only to destroy lesser humans, and will not rest until they finally prevail over a universe emptied of all that verminous race. They were created in ages past – even they do not know when or why – and whoever engineered them eradicated all traces of pity and compassion from their being. Out of their armoured suits they are scrawny and wretched things, but once encased in battle armour, attached to their suit’s control by neural plugs driven into their spines, they are transformed into the ultimate warriors!