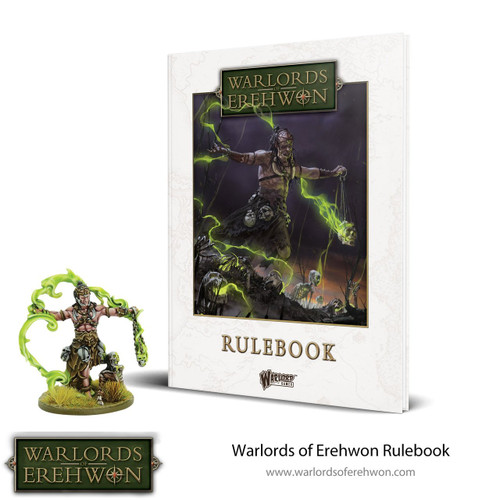 Warlords of Erehwon is a fantasy based game designed for 28mm tabletop warfare. The gameplay is built around the D10 system developed for the science-fiction game Beyond the Gates of Antares and also using the praised order dice mechanic first used in the Bolt Action WW2 rules.

The Warlords of Erehwon game rules allow us to fight battles between fantasy warriors, mighty sorcerers and ghastly monsters. A force is imagined to number anywhere from twenty or thirty models to about fifty or sixty. This is not a ‘mass battle’ game requiring hundreds of models and a vast tabletop, nor is it a skirmish game for just a handful of models on each side. The scope of our game lies somewhat between – and we call these forces warbands.

Warlord of Erehwon is designed with many races in mind, here they are:

Warlords of Erehwon: Children of the Hydra's Teeth - Skeleton Host

Warlords of Erehwon: Children of the Hydra's Teeth - Skeleton Host