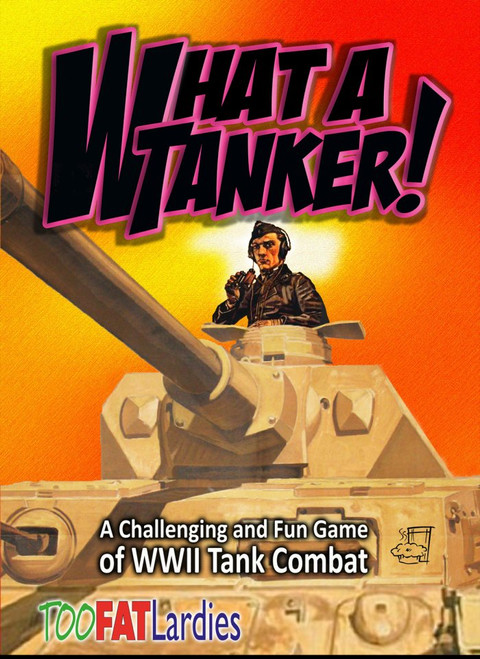 What a Tanker! is a fun and fast game of WWII tank combat which focuses on the players taking command of one (or more) tanks and fighting their way through the battlefields of WWII.  Quick to learn but eternally challenging, What a Tanker! challenges you to take the role of a tank commander and to lead your crew to victory.

The emphasis of the game sees tank crews gain experience and, as a consequence of achieving successful “kills” against enemy tanks, advance up the career ladder.  Crews can progress to command a succession of  the iconic armoured vehicles of WWII or may choose to remain as an Ace in one AFV.  With experience comes the ability to better influence the battle and gain an edge over your opponents, but remember, even the greatest Ace can be brought down by a lucky shot from a raw crew.  As well as hunting down your foe, you must protect your experienced crew as a valuable asset in war.

The rules are 72 full colour pages in total, including scenarios and full lists for France, Germany, Great Britain, Italy, Japan, the Soviet Union and the United States.  The great campaign system allows you to progress your tank crew to the illusive Ace status and through a series of iconic tanks of WWII.