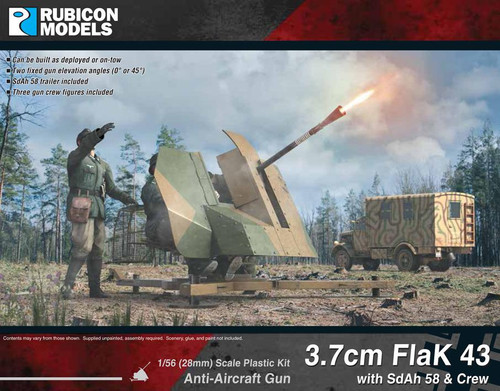 The 3.7cm FlaK 43 was a dramatic improvement over older models. A new gas-operated breech increased the practical firing rate while at the same time dropping in weight. It was also produced in a twin-gun mount, the 3.7cm Flakzwilling 43, although this version was considered somewhat unwieldy and top-heavy.