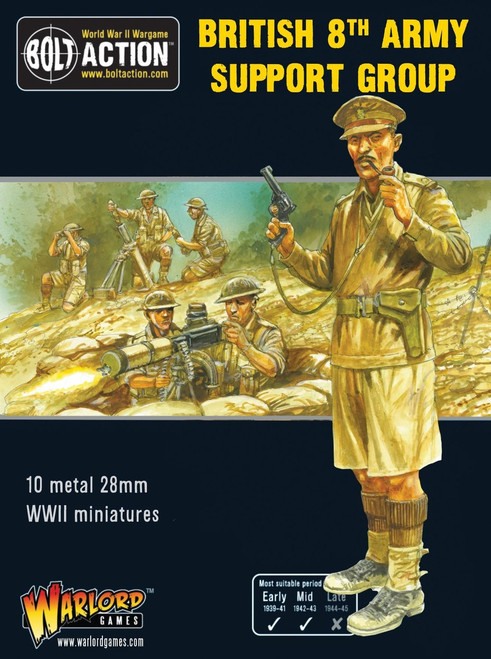 British 8th Army HQ
The middle ranks of officers were almost invariably drawn from the upper-middle classes: educated in the public schools, instilled with the values of empires, and imbued with a sense of confidence, duty and resolve that is difficult to conceive of today. An officer unit consists of the man himself and can include up to two other men acting as his immediate attendants.

British 8th Army Medium Mortar Team
The 3-inch mortar was used to provide support from up to 3,000 yards dependent upon the projectile used. The 3-inch mortar was operated by a crew of 3 or more (we use 3 for games) and was often transported in a Universal 'Bren' Carrier.