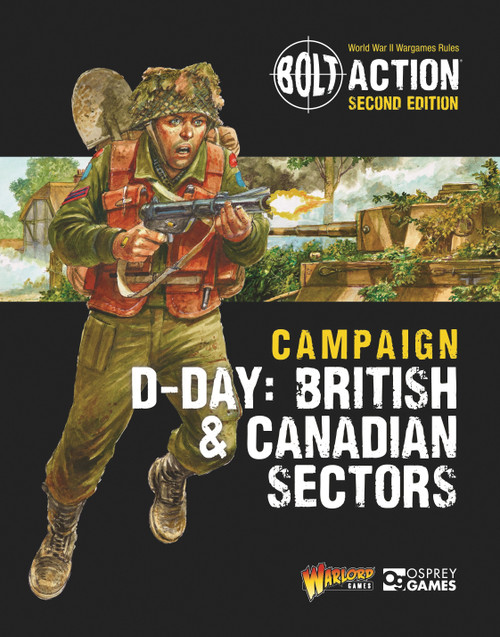 This campaign book focuses on some of the key clashes fought in Normandy in the summer of 1944 as British, Canadian, Polish, and other Allied forces engaged in desperate battles against a dedicated and determined German opposition. As well as summarising the history, this book also details a number of scenarios inspired by the engagements within the Normandy campaign, and the special rules required to play them.

This book tells the story of the British and Canadian contribution to this monumental task, and the stoic German resistance they faced. It guides Bolt Action players from the latter stages of D-Day, beginning with the fierce fighting in the coastal towns off the beaches at Gold, Juno and Sword, through the violent clashes around the strategically vital city of Caen, and to the march against Germany itself.