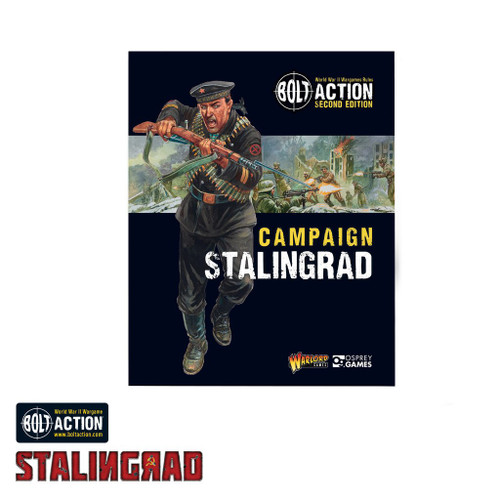 This campaign book seeks to help wargamers recreate the incredible struggles between the German Wehrmacht and the Soviet Red Army for control of the region between the Don and Volga rivers – ultimately centring on the city of Stalingrad.

This six-month-long battle saw some of the fiercest fighting of the war, with each side losing hundreds of thousands of men and culminating in the encirclement and eventual destruction of the German Sixth Army.

While this book provides a historical overview of the Stalingrad campaign, its primary purpose is to provide new scenarios, rules, and inspiration to help wargamers bring this bitter struggle to life on the tabletop.

This book covers the southern region of the Ostfront from August 1942 to February 1943 including: