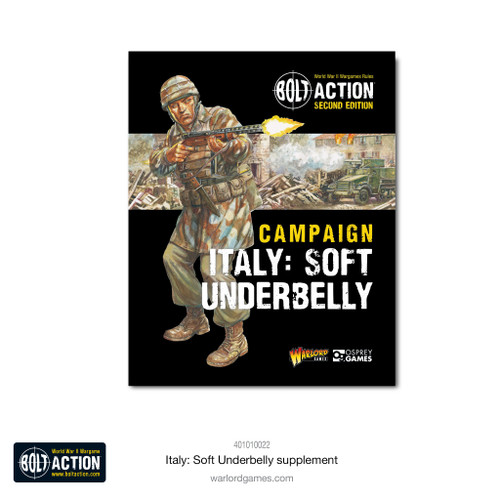 With the Axis Powers ejected from North Africa, the Western Allies look to take the fight to the “soft underbelly” of Europe – Italy. This campaign supplement for Bolt Action focuses on Operation Husky, the airborne and naval invasion of Sicily, the hard-fought battles in the villages and rugged mountain passes of that island, and the advance up the Italian Peninsula towards Rome. With a host of scenarios, new units, special rules & theatre selectors, this new book contains everything players will need to refight these important battles in defence of the Regno d’Italia or to strike at the weak link of Axis Europe to knock Italy out of the war.

With units, theatre selectors and scenarios for players of British (Commonwealth), United States, German and, of course, Italian Armies, this is an essential and fascinating campaign volume.

Konflikt '47 Soviet Daughters of the Motherland