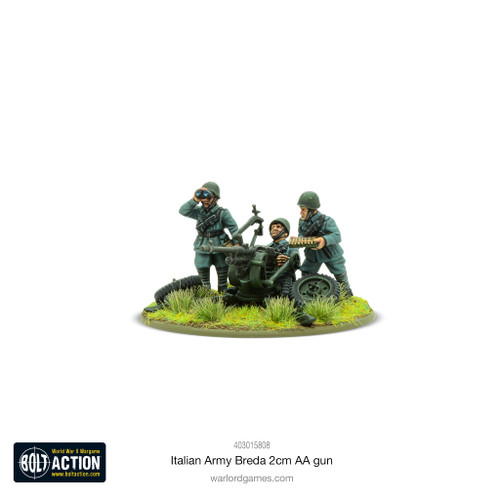 The Breda 20/65 Model 1935 was developed in Italy and widely used throughout the war. The weapon was diverse, capable as both an anti-aircraft weapon and a ground weapon. After Operation Compass ended in early 1941, the British captured large numbers of Breda 2cm guns and put them to use throughout their armed forces, including the famed LRDG (Long Range Desert Group). They provided the main armament on numerous Italian vehicles, including many of their Autosahariana trucks and AB41 armoured cars amongst others.

Contains Metal Gun with three Crew with Plastic Base.