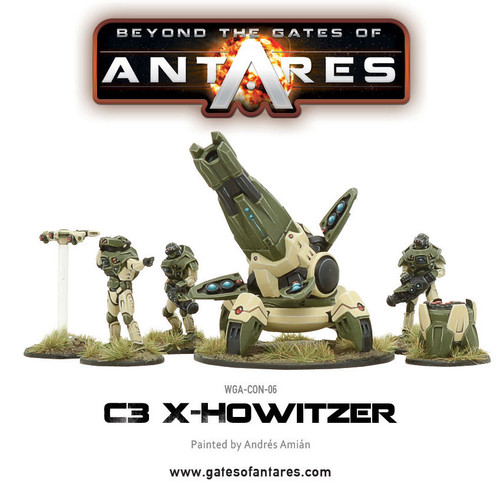 The X-howitzer is a very large magnetic launcher built for lobbing shells over great distances. It is a common battlefield heavy artillery support weapon used by practically all forces. It is often built onto the back of heavy combat drone or skimmer and used as a long range support weapon.

X-howitzers are vast magnetic artillery pieces that shoot explosive bombs or various kinds of special munitions. They are the largest kinds of launchers and sturdily constructed to withstand the high velocities generated by their multiple magnetic rails. X-howitzers are often crew served weapons but can be vehicle mounted in the form of mobile artillery.