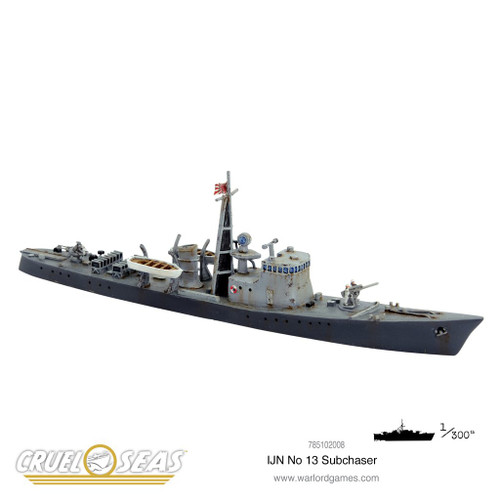 The IJN Subchaser was developed to counter the increased threat to Japanese shipping posed by a growing number of submarines in the Soviet Pacific Ocean Fleet. Though three sub classes were produced, they were all referred to as the No.13 class by the IJN.

Forty-nine subchasers were constructed of which thirty-five were lost, mostly to USN warships, submarines and aircraft. Their effectiveness was extremely limited when put against similar classes of otehr navies of the period.

You can find the full rules for the No 13 Subchaser in the Close Quarters supplement.