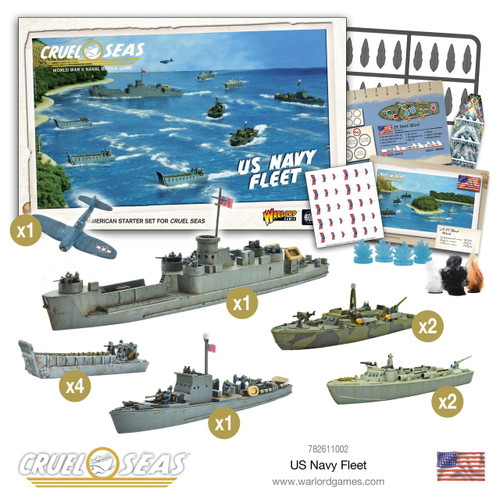 By 1941 there were 29 total PT’s total in the US Navy, by December ’43 there were 29 squadrons. Indeed, by the end of the war the small ships, PT’s LCI etc. numbered 7,000 craft of 80 types. Many Early PT boats had up to 4 torpedoes and 2 twin .50 Cal guns in powered mounting, a heavy load for the day. As with most American hardware, this was only the start! Soon a 20mm was added at the stern as standard, useful for surface or air action. Then, enterprising crews frustrated by strafing the tough Japanese barges to negligible effect mounted a USAAF 37mm automatic gun (acquired from an Air Cobra) and found it most effective!

The US Navy Fleet Contains: