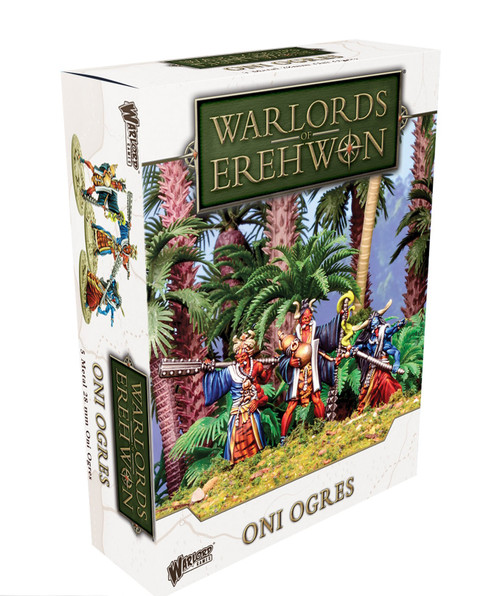 The oni are hulking creatures whose monstrous heads sprout one or more horns and whose hides are garishly coloured red, blue or green. Oni are not mere mortal creatures, but demons or malignant spirits made flesh. Of the four gates upon the world the kimon, (demon gate) is guarded by unsleeping oni whose task is to keep evil spirits out of mortal lands. The kimon lies beneath the stars of the Ox and Tiger -  which is why oni have horns like the ox and wear toger-skin clothing. They are armed with great iron clubs called kanabō almost as tall as they themselves.

In the Warlords of Erehwon game the oni are potent monsters that wield ‘massive maces’ and can make two hand-to-hand attacks at a time. They are large monsters, and their fighting values are impressive, making them deadly adversaries.