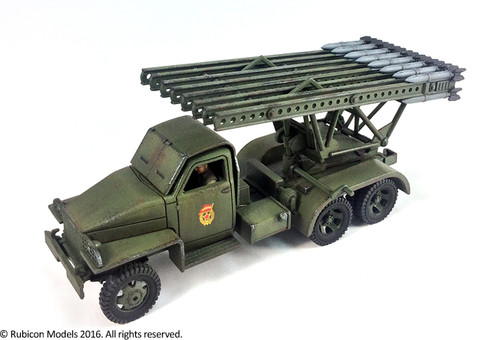 The BM series of multiple rocket launchers was employed by the Soviet Union in World War II. They were known to the Soviet troops as “Katyusha” (the Soviet diminutive of ‘Katie’), because of the large ‘K’ that appeared on the rockets (which were manufactured at the Voronezh Komintern Factory). The M-13 rocket was one of the most common types that was fielded.

Multiple rocket launchers were intended to saturate a large area with high explosive. They could deliver a barrage more quickly than conventional artillery, but were less accurate and took longer to reload.