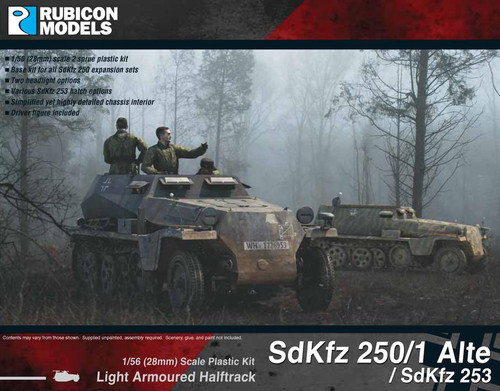 The SdKfz 250 was a light armoured halftrack, very similar in appearance to the larger Hanomag-designed SdKfz 251, and built by DEMAG, for use by Germany in World War II.  Most variants were open-topped and had a single access door in the rear.  The SdKfz 250 was adopted in 1939 to supplement the standard halftrack.  Production delays meant that the first 250 did not appear until mid-1941.