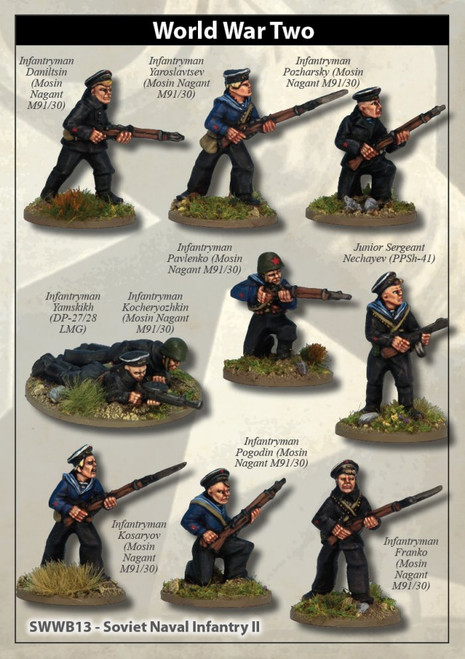 These figures represent a Naval Infantry squad from the Soviet armed forces of WW2. They are in their Naval uniforms, and were seen in many threatres of the Eastern Front, including the Seige of Stalingrad. This squad pack gives you a ten man unit armed for use in all World War Two wargames like Bolt Action, Rules of Engagement and Final Assault. 28mm sized metal figures, supplied unpainted.