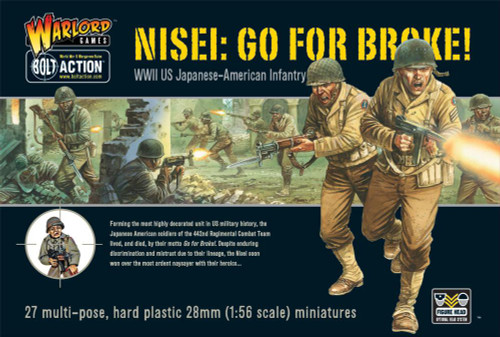 Few units in the history of warfare have earned so many plaudits and decorations in so short a time as did the US Army 442nd Regimental Combat Team in the Second World War. Keen to show their loyalty to the USA, many Nisei (Americans born to Japanese parents), signed up to fight, even if it meant fighting the forces of Imperial Japan. Perhaps sensibly, the War Department sent the young Japanese-Americans to Europe and war against the fascists of Germany and Italy.

The 442nd Regimental Combat Team, a unit composed of three battalions of infantry and supporting arms including artillery, anti-tank and engineers fought in France, Italy and in Germany itself. Their regimental motto, Go for Broke!, summed up their ferocious spirit, and their history does indeed suggest an all-or-nothing approach to fighting that set them apart from other more cautious units.