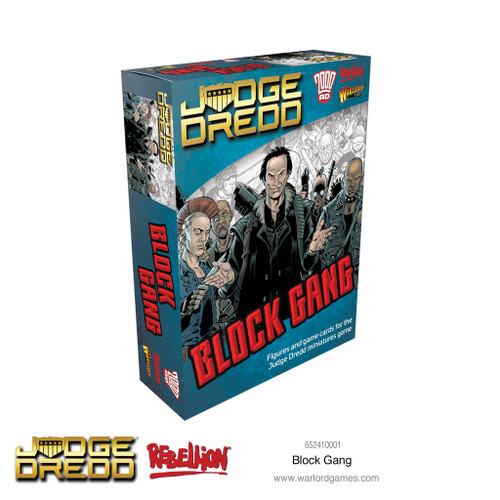 With unemployment and boredom rife in Mega-City One, many citizens, especially juves, join gangs. Many gangs identify with and recruit solely from a single block, whilst others pull in members from all across the city, attracted to the gang’s philosophy, colours, or charismatic leader.

Many gangs will simply protect their own territory and try to take control of the local ‘black economy’ of illegal drugs and other banned substances such as tobacco, sugar, Umpty Candy and 20th-century comic books. Other gangs identify with causes or crazes, including the many anti-robot and anti-mutant outfits such as the ‘Neon Knights’ and ‘Purity First’ or anti-Judge and pro-democracy terrorism like the ‘Total War’ group. Others go on to specialise in organised crime such as body-sharking, organ-legging, alien- and perp-running.