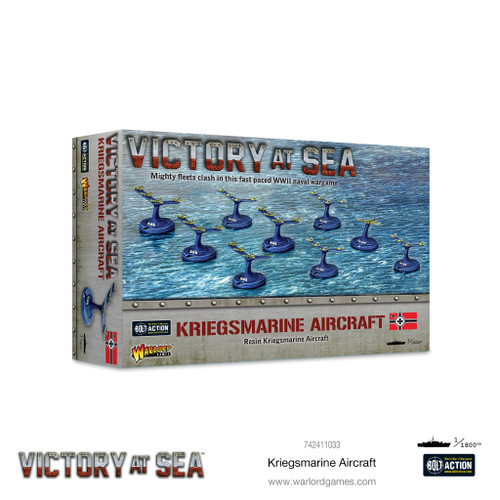 Focke-Wulf FW 200 Condor: The Focke-Wulf Fw 200 Condor began its operational life as an airliner and was the first aircraft to fly non-stop between Berlin and New York. Though used in a variety of roles, the version presented here is a maritime patrol aircraft that saw use as a long-range and anti-shipping bomber.

Junkers Ju 88: The Ju 88 was one of the most effective and versatile strike aircraft of the war. It served as a medium bomber and tank buster on land, and at sea could deliver bombs or torpedoes.

Messerschmitt Bf109: Made famous in the Battle of Britain, the Bf 109 was constantly upgraded throughout the war to remain competitive, though it was to be outclassed by the newer Fw 190.