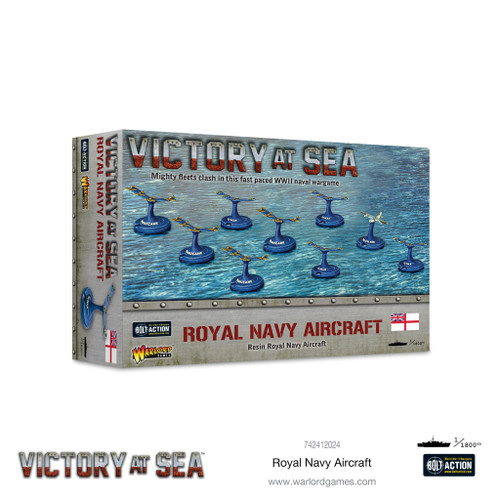 Short Sunderland Flying Boat: The Sunderland was a flying boat, developed for general reconnaissance from the S.23 Empire or C-class flying boat, the flagship of Imperial Airways. When British shipping came under constant attack by German U-boats, Sunderlands patrolled the approaches, or flew convoy protection missions.

Hawker Hurricane: After having gained fame in the Battle of Britain where it was the mainstay of the RAF, the Hurricane went on to serve throughout the war. As the war progressed, it was slowly outmoded as a frontline fighter but adopted other roles such as ground attack and tank busting.

Fairey Fulmar: At first rejected by the RAF, the Fulmar fulfilled the Fleet Air Arm’s requirement for a fighter with the same firepower as a Spitfire or Hurricane.