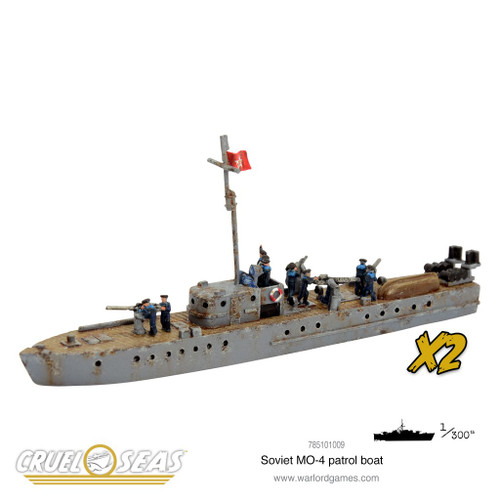 MO-4 was the most common of the MO class of small Soviet ships during World War II. Approximately 250 examples were produced. The vessels were incredibly cheap, being unarmoured and with a wooden structure. However, the way the vessels were constructed in 9 distinct sections allowed the vessels to stay afloat despite suffering significant damage.

Though the primary role of MO class vessels was anti-Submarine warfare, they were also utilised to support landing operations and as convoy escorts.