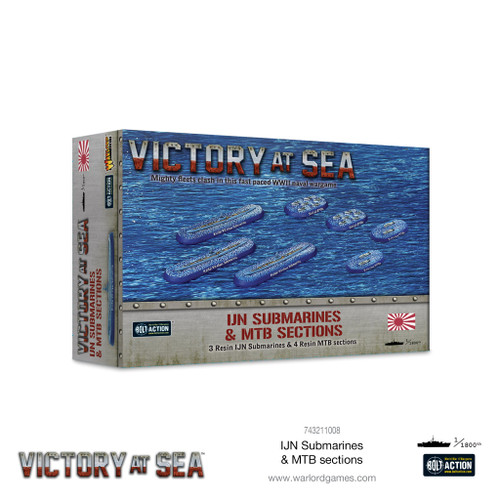 Submarines: The Kaidai-7-class, or KD-7, was developed in the late 1930s, following on from the preceding KD-6 class. With a surface range of 8,000nm at 16kts, and a submerged endurance of 50nm at 5kts, they possessed a slightly better underwater performance to the late-model KD-6s and better surface speed (though not range) than the earlier members of that class. All members of the class were lost by mid-1944.

MTBs: Designed as a suicide craft, the Shin’yō either carried a powerful explosive or two depth charges. The depth charges were intended to be planted by the pilot of the boat, after which he would then make his escape. Although nearly 10,000 were built, they accounted for the sinking of only 5 ships, mainly landing craft.